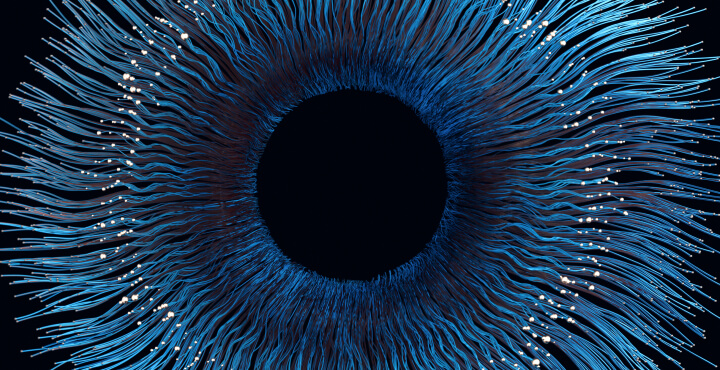 Just as beauty is in the eye of the beholder, what one considers normal depends on their perspective. One of the single largest contributors to booms and busts is the tendency of investors to suffer periodic bouts of long-term memory loss. During such episodes, people view recent market dynamics as being normal, regardless of whether such behavior is an aberration from a long-term historical perspective. We cannot understate the degree to which the economic and investment climate that has prevailed since the global financial crisis of 2008 has deviated from its long-term historical norm. It is challenging to identify any other time in history when financial markets have been as influenced by ultra-low interest rates and vast amounts of fiscal stimulus.

Given the unprecedentedly powerful “wind” of governments and central banks at their back, it is no surprise that the best strategies for investors have been:

It is fair to say that there by the grace of the authorities have gone corporate profits, asset prices, and investor portfolios!

The Phillips Curve Has Been Sleeping, But It’s Not Dead

The Phillips curve is an economic concept developed by A. W. Phillips which describes the relationship between inflation and unemployment. The theory holds that there is an inverse tradeoff between the two variables. All else being equal, lower unemployment leads to higher inflation, while higher unemployment is associated with lower inflation.

Phillip’s theory proved largely resilient for most of the postwar era. Until recently, the one notable exception occurred in the early 1970s, when OPEC issued an embargo against Western countries, resulting in stagflation (both high inflation and high unemployment).

The second aberration covers the time between the global financial crisis of 2008 and mid-2021. Until rearing its head several months ago, the inflation genie has been dormant. It has calmly remained in its bottle in the face of monetary and fiscal conditions that in times past would have caused it to bust out full of fire and brimstone!

The combination of low unemployment and tame inflation provided a goldilocks backdrop for corporate profits and asset prices. But, to steal the tagline from Jaws 2, “Just when you thought it was safe to go back in the water”, inflation has returned, prompting central banks to slam on the brakes. This has changed the landscape in ways that have and likely will continue to have far reaching implications for investors’ portfolios.

The laws of supply and demand can vary in terms of timing, but they cannot be eradicated. You can either eat your entire cake all at once or piece by piece over time. You can’t do both. The free money, one-way asset prices, all-you-can-eat risk party that has been raging since the global financial crisis of 2008 has given way to today’s hangover of rising inflation, higher interest rates, falling stock prices, and risk-aversion.

The kazillion dollar question is whether the current market malaise is merely a garden variety hangover involving Advil (i.e., a mild and short-lived bear market), or a case of alcohol poisoning that will entail a trip to the emergency room (a severe and long-lasting bear market).

Without a doubt, there are vast structural, economic, demographic, and political differences between Western economies and that of Japan. Nonetheless, the Japanese experience serves as a small “w” warning of the potential consequences when extreme levels of monetary stimulus are applied for an extended period.

Following the collapse of the most severe stock market and real estate bubbles in modern history, the Bank of Japan (BOJ) pioneered many of the policy gymnastics that have become commonplace among central banks the world over. In 2000, the BOJ cut rates to zero, and in 2001 it became the first central bank to engage in quantitative easing.

Since that time, Japan has become so hopelessly addicted to near unlimited free money that it is unable to function without it. In 2006, the BOJ enacted a small hike in rates, which resulted in a significant hit to business confidence and investment. As a result, it was forced to bring borrowing costs back down to zero. For over 20 years, the BOJ has been unable to detox the Japanese economy and wean it off the monetary “sauce”, continuing to apply copious doses of stimulus year after year.

Notwithstanding the current decline in markets, recent history suggests that markets remain highly vulnerable as central banks continue to take away the punch bowl.

At the end of 2015, after leaving short-term rates at zero for about seven years, the Fed began raising its benchmark rate, taking it up to 2.5% by late 2018. Despite still being low by historical standards, this level caused a slowdown in economic activity and a peak-trough decline of 19.3% in the S&P 500 Index during the fourth quarter. In response, the Fed pulled an abrupt U-turn and cut rates back down to 1.75% in less than a year before ultimately slashing them back to zero in response to the Covid-crash.

This episode illustrates the degree to which economies and markets the world over have become addicted to monetary stimulus. It also suggests that leaving rates below the level of inflation for over a decade has placed markets in a heightened state of fragility.

There is an important and ominous distinction between the debacle of 2018 and the current bout of market volatility. In the former case, inflation was well contained, which gave the Fed the latitude to cut rates, stave off an economic slowdown, and spur a recovery in stock prices. With inflation currently running well above target, central banks are boxed in. Should growth begin to falter while inflation remains elevated, they may be reluctant to turn on the spigots and save the day.

We are not saying that the “Fed put” no longer exists, but rather that it is far more out of the money than has historically been the case. This suggests that markets may be in store for additional pain.

Berkshire Hathaway CEO Warren Buffett is quoted as saying, “Rule number one: Never lose money. Rule number two: Never forget rule number one.” He has also stated “Only when the tide goes out do you discover who's been swimming naked.” Of course, even the Oracle of Omaha suffers periodic losses in bear markets. However, his wounds are generally less severe than those suffered by other investors, which has allowed him to compound money far more effectively and achieve superior returns over the long-term.

Our algorithmically driven approach to investing could not be more different than Buffett’s. However, our rules-based, systematic investment models harbor the similar objective of protecting our clients from large losses during bear markets. In this regard, our portfolios have been successful during what has turned out to be a challenging first six months of 2022. To use Buffett’s vernacular, we don’t swim naked.

At the end of January, our Global Tactical Asset Allocation (GTAA) portfolio liquidated almost all risk assets, leaving it 90% invested in short-term investment grade corporate bonds, with the remaining 10% invested in Canadian stocks. At the end of April, the fund shed its remaining equity exposure and has since been 100% weighted in short-term investment grade bonds. These bold adjustments led to significant outperformance, with the GTAA fund declining 8.2% on a year-to-date basis through the end of June, as compared to a decline of 19.9% in the MSCI All-Country World Index of stocks and a decline of 16.0% for a global 60% stock/40% bond balanced portfolio.