Markets have recovered sharply from March’s vicious declines. This bounce, in conjunction with an unprecedented policy response from both the U.S. Treasury and the Federal Reserve, has led many market pundits to postulate that we have seen the end of market turmoil and that there are nothing but clear skies ahead. However, when one analyzes recent market developments from a historical perspective, it is far from clear that we are out of the woods.

Bear Market Rallies Are the Norm Rather Than the Exception

During the tech-wreck of 2000-2002, the S&P 500 Index first cracked in March of 2000, suffering a decline of roughly 10%. By September, it had recouped its peak. Moreover, stocks experienced three additional significant bounces before ultimately bottoming in October of 2002. The global financial crisis of 2007-2008 also saw several bear market rallies. After the initial decline from its peak in July of 2007, the S&P 500 Index recovered all its losses by October. As was the case with the previous bear markets, the index experienced several false starts before putting in a final bottom in March of 2009.

Bear Markets Like to Hang Around for a While

A one month bear market (late February to late March) would be the first of its kind. After the dotcom bubble burst, it took the S&P 500 Index approximately 2.5 years to finally hit bottom in October of 2002, at which point it had declined 47% from its March 2000 peak. During the global financial crisis, it took the index about 1.5 years from its July 2007 peak to finally bottom out in March of 2009, by which time it had suffered a peak-trough decline of about 55%.

It’s a Long Way Up

Given that a 50% loss requires a 100% gain to get back to even, it is not surprising that it took stocks a long time to recoup their pre-crash peaks following both the tech-wreck of 2000-2002 and the global financial crisis. Specifically, it took stocks roughly 6.5 years to reach their pre-bear market peak after the dotcom bubble burst, and it took them about 4.5 years to do so in the aftermath of the global financial crisis.

Neither we nor anyone can be certain about the future. However, history suggests that there is a material probability that the market malaise that began at the end of last February may continue for the foreseeable future, and that stocks may retest, if not go through the late March lows.

If markets follow the path of the previous two bear markets, there is not much point in rethinking your investments after markets plummet – this is akin to closing the barn door after the horse has bolted. The Outcome Global Tactical Asset Allocation (GTAA) strategy uses big data analysis and machine leaning to protect our clients from large losses during bear markets. This unique process successfully protected our clients during the challenging fourth quarter of 2018 and again during the current episode. We believe that our GTAA strategy will continue to provide this protection through future bouts of market turmoil and produce superior risk-adjusted returns over the long-term. 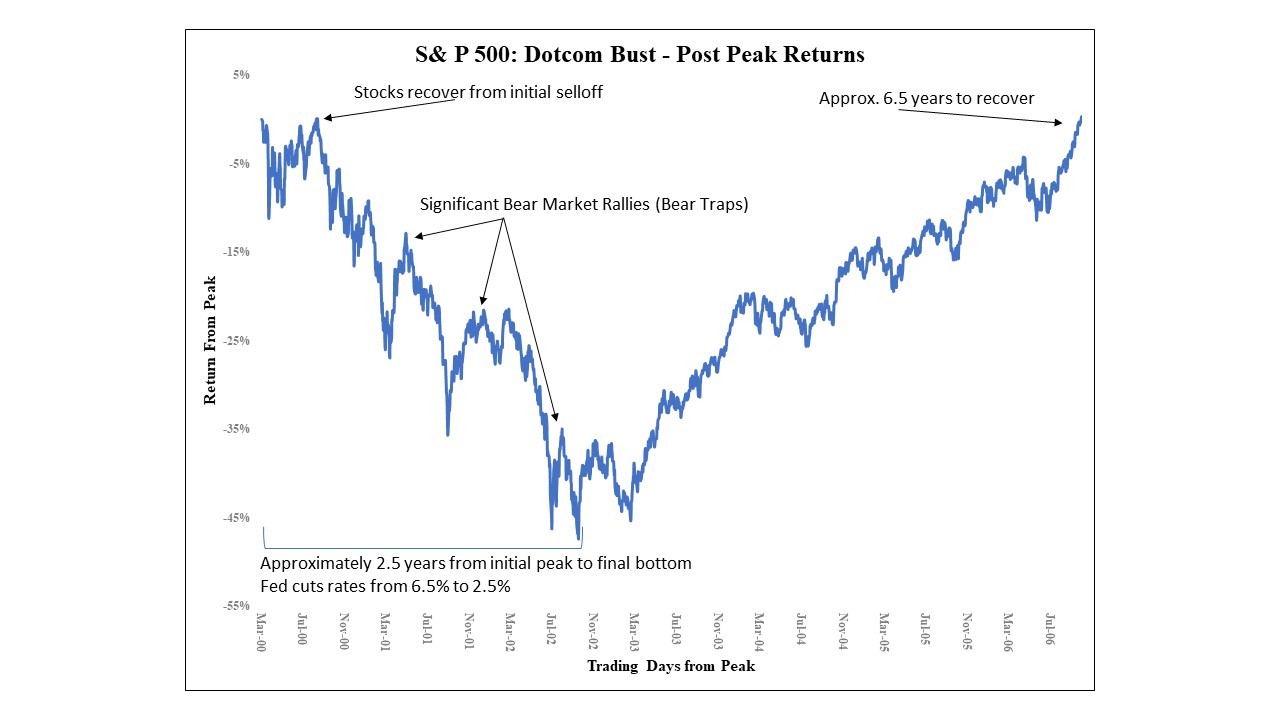 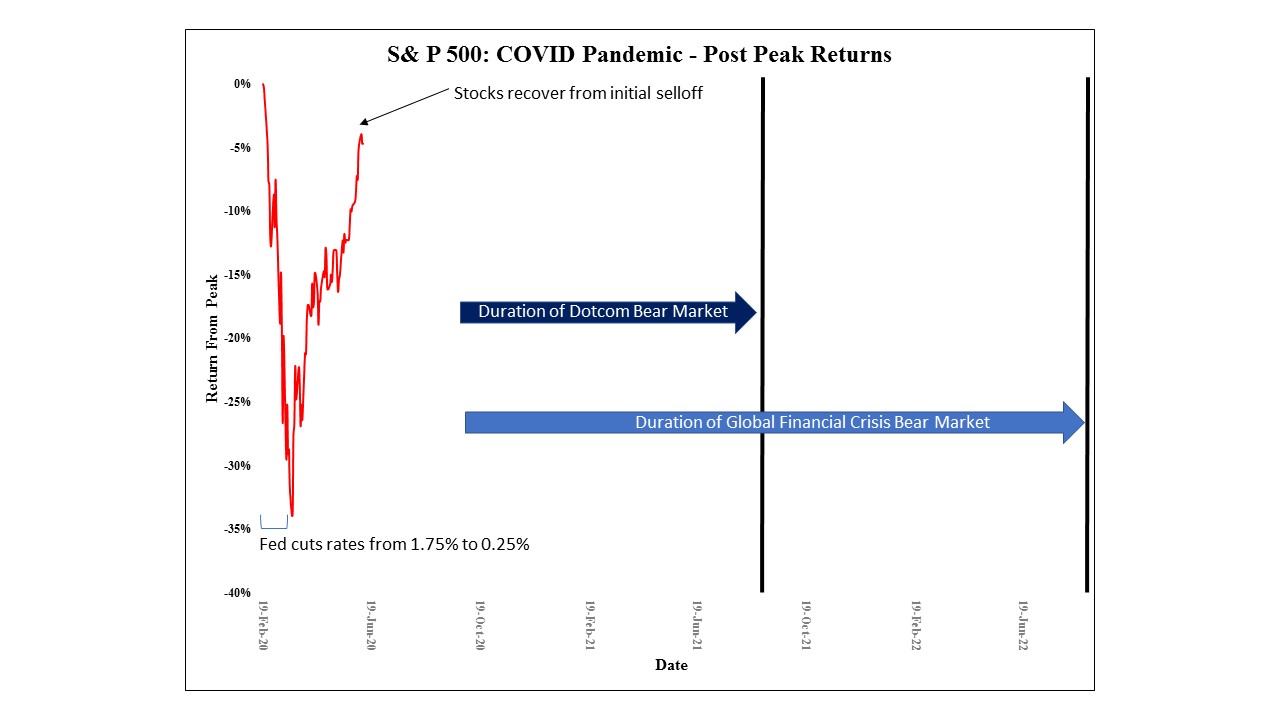 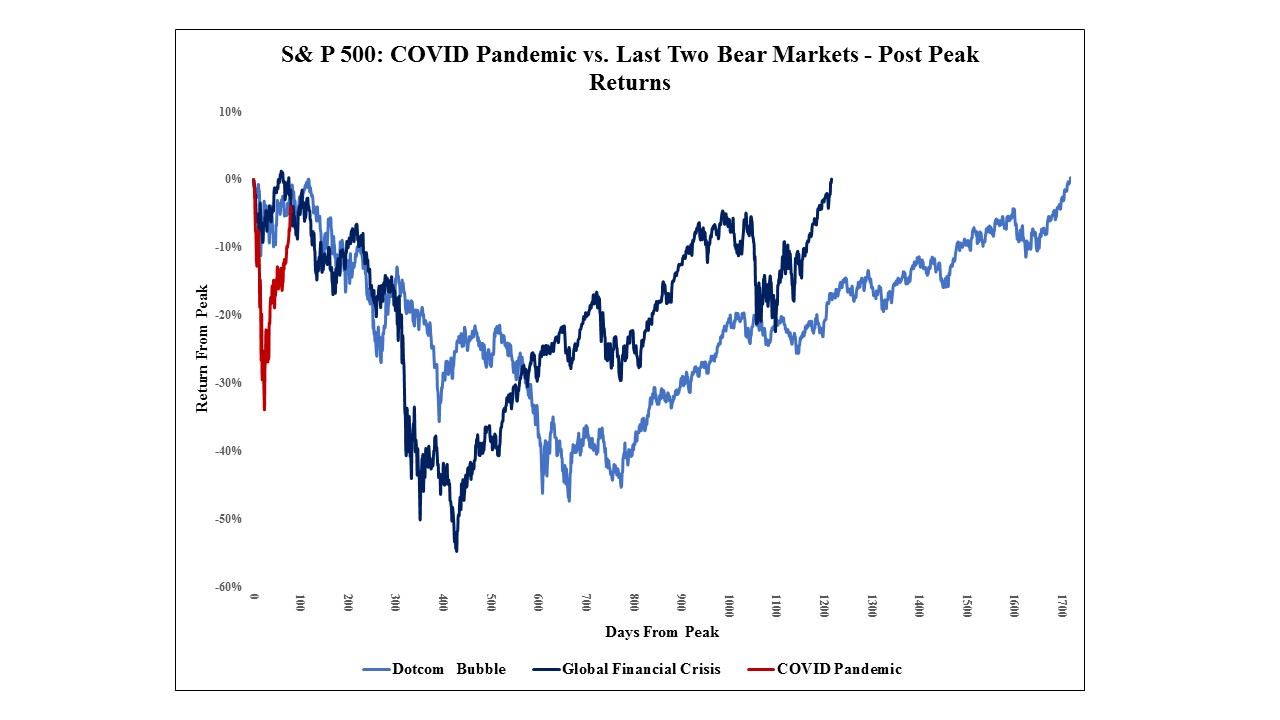