Long Term Investing and the “Magic” of Compounding

At Outcome Wealth Management, we often say that investing is largely about harnessing the “magic” of compounding. Albert Einstein once said, “Compound interest is the eighth wonder of the world. He who understands it, earns it … he who doesn’t … pays it.” The Sage of Omaha, Warren Buffet, set a very explicit goal at an early point in his investment career: to compound capital at the best possible rate over the very long-term.

It’s What You Don’t Do That Has the Largest Impact on Long-Term Performance:

With respect to the pursuit of his objective, Buffett clearly understands that losses hurt far more than gains help. It is very difficult to recuperate from large losses, and such declines devastate investors’ rate of compounding and their long-term returns. This observation is summarized in Buffet’s two rules of investing:

The table below demonstrates the subsequent gains that are required to recover from declines of different magnitudes:

The Path Affects the Destination

As an example, the following chart illustrates two investment managers that produce identical, arithmetic average returns of 5% over a 30-year period. The lower volatility manager’s returns are less extreme, rising less in strong markets and falling less in down markets. Conversely, the higher volatility
manager’s returns that are more extreme, rising more in up markets and falling more precipitously in down markets. 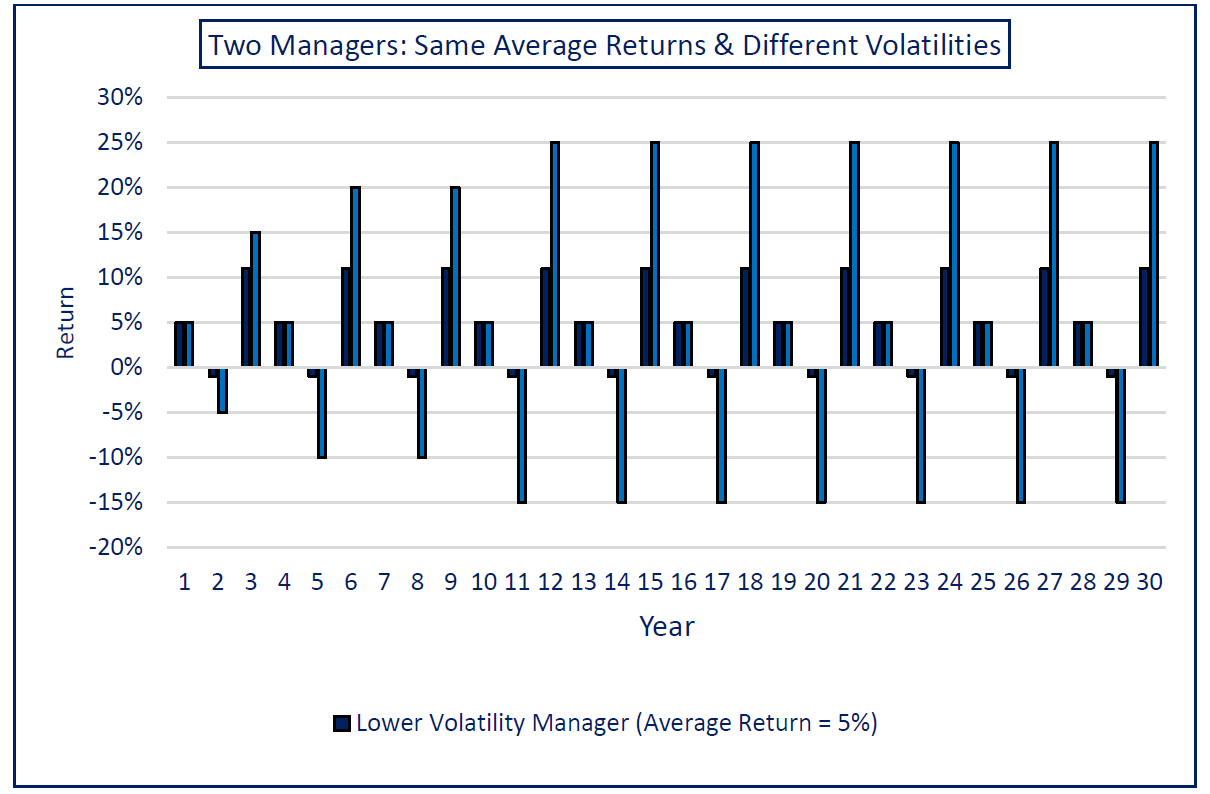 The following graph illustrates that, despite having the same arithmetic average return as the higher volatility manager, the lower volatility manager produces significantly higher compounded returns over the long-term. This observation clearly indicates that managing volatility and mitigating losses in bear markets is an essential element of successful long-term investing. 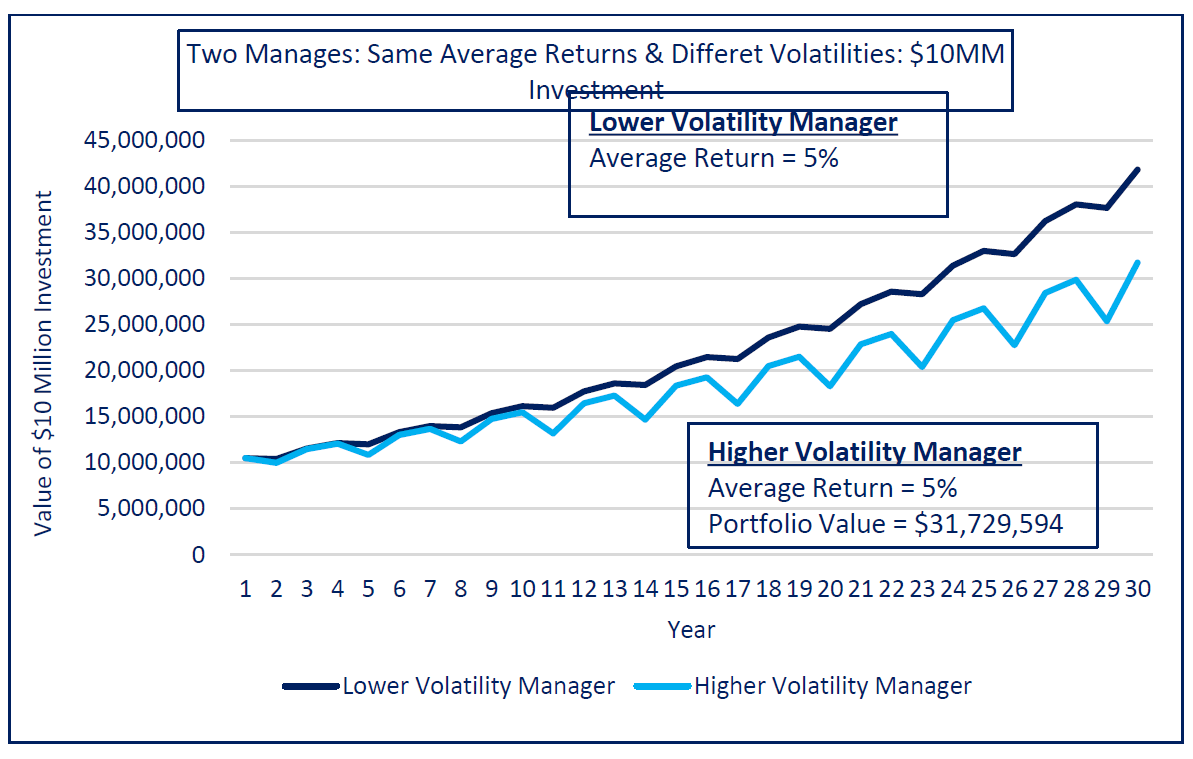 Tactical Asset Allocation: The Most Effective Way to Mitigate Losses in Bear Markets

When it comes to protecting capital in bear markets, the truth is that picking “good” stocks can only get investors so far. In late 2008/early 2009, it didn’t matter which stocks you owned – nearly all stocks suffered precipitous declines. The only way to avoid large losses was to not own stocks (or at least have a small allocation to stocks). It is the markets you choose (and when) rather than the securities you choose that ultimately defines your long-term returns. In other words, asset allocation handily trumps security selection in terms of their respective influences on investors’ performance over the long-term.